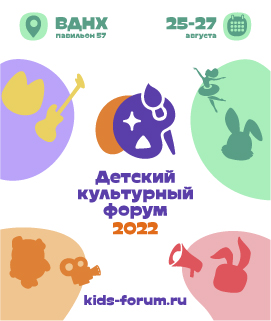 On 30 November, the ‘Dramatis Personae’ Was Held at RSAL

The ‘Dramatis Personae’ Evening with readers and specialists of the Russian State Art Library (RSAL) was attended by actors, directors, and employees of the Moscow Theatre School of Modern Drama together with their artistic director Joseph Raihelgauz.

Since 2003, RSAL and the theatre have been the main founders of the international Russian-language drama competition ‘Dramatis Personae’, which contributes to the promotion of a new repertoire on the theatre stage.

Artistic Director of the competition Ekaterina Kretova opened the meeting by announcing that every year the number of works and participating countries is on the rise. The increase in the number of participants was also facilitated by the quarantine, which has long kept authors housebound.

Every year, out of the hundreds of plays sent to the competition by novice and professional playwrights living in various countries, but writing in the Russian language, experts select about 30 plays for the long list. The work is continued by the jury of young directors who select 10 texts that, in their opinion, can become the basis for theatrical productions. The RSAL jury also makes its choice, selecting the play of one author for the award of a special RSAL prize. And if the young directors evaluate the proposed material from the point of view of the future production, then the competent RSAL jury pays more attention to the skilled use of the Russian language, the originality of the plot, and audience interest.

Alexandra Fomina said that for eight years in a row she has participated in the competition, and during this time her plays have gone from the long list to the short list of winners. A scene from her play Renegades, selected last year by the jury of young directors, was presented that evening.

In her speech, RSAL Director Ada Kolganova recalled that one of the reasons for organising the competition 20 years ago was the lack of modern plays in theatre repertoires. Today, owing to ‘Dramatis Personae’ and other competitions, directors have new choices for their theatres.

During the meeting, the audience asked questions regarding the system of selecting the winning plays, whether the opinion of the jury always coincides with that of the competition’s Artistic Director Joseph Reichelhaus, what topics are interesting for the modern audience….

At the end of the meeting, guests from the School of Modern Drama were presented with flowers, calendars with theatrical sketches from the library’s collections, and a new volume of The Repertoire of Russian Drama published by RSAL.

By the end of the year, the juries of young directors and RSAL specialists of ‘Dramatis Personae-2021’ will name their winners.